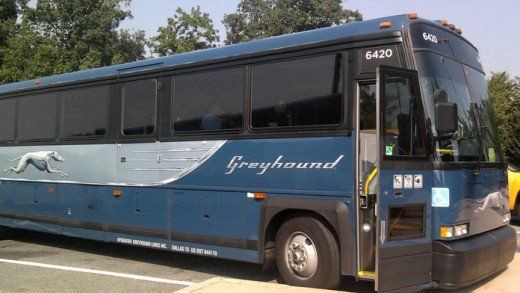 We will be boarding an adventurous bus to the East for this week’s travel experience episode, Imo State to be precise – The Eastern Heartland (formerly Land of Hope). With us on the bus is our yet-to-be certified tour guide, Oluwafunmito Akinwunmi, who is currently serving her fatherland in the Capital of the State, Owerri for the past 8 months. She shared her experiences (the good, bad, and ugly part) since her stay there.

Imo State (Owerri) which on a normal day has a temperature of 30 degrees Celsius is a cool town. The hustle and business spirit the people have are almost perfect. She said her experience so far since November has been not so perfect, but beautiful. Their roads hardly ever have traffic. In fact, she hasn’t experienced any traffic since she got there which is a good thing compared to some towns.

Their foods are on point – from the native dishes to the special methods of preparing them are one to die for (they never slack). Foodstuffs are not so expensive over there which made feeding affordable. Also, it was when she got to Owerri that she saw a large number of hotels that are rarely found anywhere before – it is likely they number up to 1000 because they are in every nook and cranny, on every street, small or big.

Getting accommodation is kind of expensive in Owerri and hard to find unless it is a school environment that you can get them cheaper while electricity is good in town but poor in other places in the State. One of the ugly parts she experienced was that as a corper or a new person there in Owerri, it’s very hard to find jobs and if you do, the pay is almost useless except if you know someone.

SOME UNPOPULAR REALITIES (Directly from Akinwunmi Oluwafunmito)
1. The views on the road are not so extraordinary. Nothing new, nothing special, just seeing new cities and lonely roads.

2. The route to Owerri was smooth until we were an hour to get to owerri, onitsha road and then traffic appeared. Asides that, the journey was amazing that I made friends on the bus. We passed Benin, Ondo, Delta, onitsha, etc

3. I’m actually an Igbo girl since My mum is Igbo but my dad Yoruba. I understand Igbo a lot so it was very and is still easy communicating here, so there was no difficulty getting along fine with their language.

4. Regarding their native dishes, I was already used to the majority of the dishes so I had no issues eating them. The native food here is awesome.

5. Uhmmm… So far so good, there has been no unusual traditional or cultural shock. I haven’t noticed anything because I hardly ever go out. Only that the area I stay in, it’s very common to see fetish items placed on farmlands or bunches of firewoods by the owners to scare away trespassers.

6. Moving from one part of the country to another was a great feeling. New faces entirely, new city, new ways of living, I got to experience the culture here as an adult.

7. Well, my expectations were not met at all, to be honest. And that’s based on job hunting. You know as a corper, you might want to take up side jobs asides your PPA, getting where to work was a very big problem. There are hardly jobs here and most of the ones available are hotel jobs because that’s what’s common here.

Based on the little chit chat, it is known that this part of the country which is literally an Igboland have a resilient spirit for working and getting things done as soon as possible. Every cosmos has its own culture and structure of living, the same as Imo State.

YOUR LIFE IS FULL OF FUSS, TAKE A PILL

COLOGENY: COLOGENY TO LAUNCH HER MENTORSHIP PROGRAM FOR DIGITAL CREATIVES IN GRAND STYLE