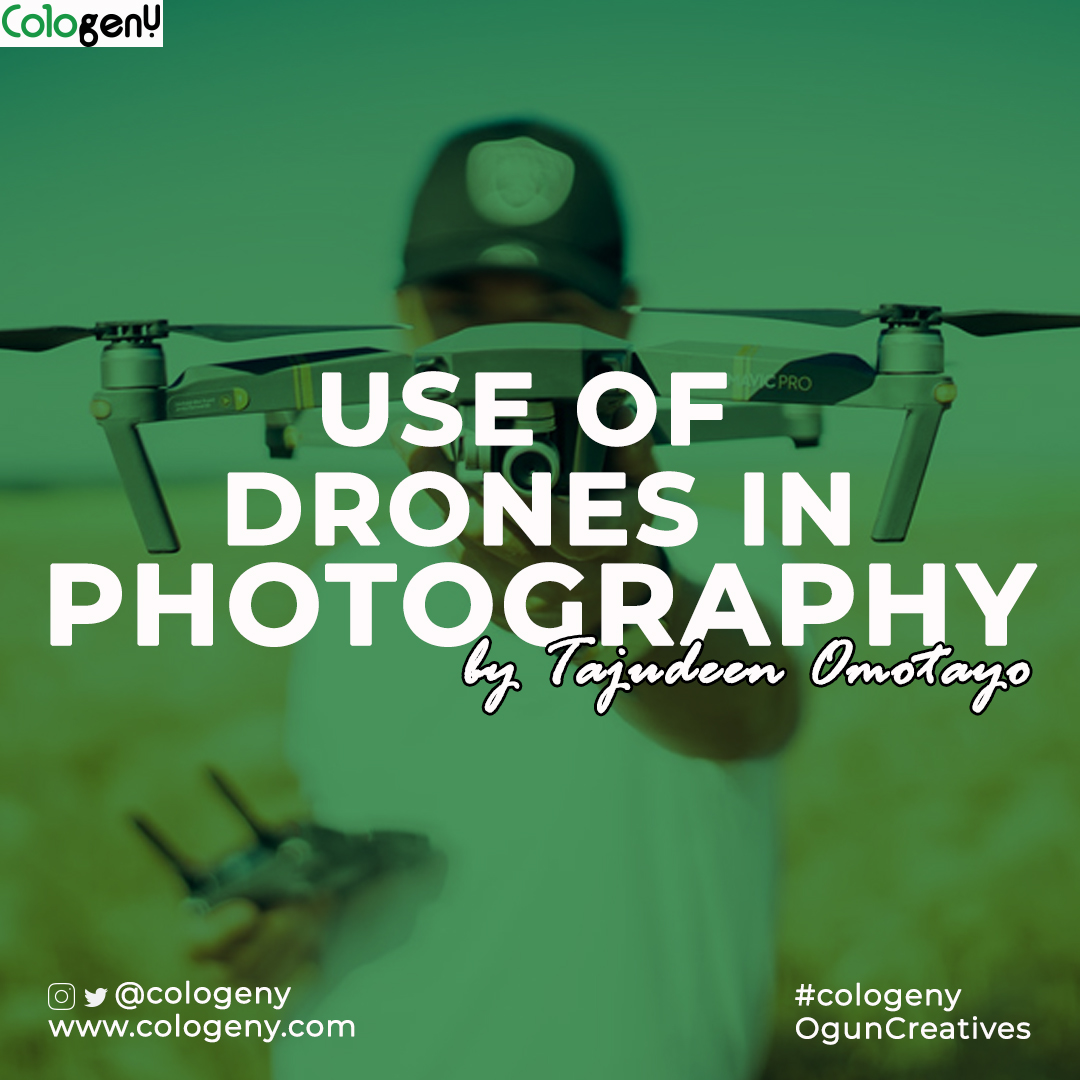 Photography has always been a very wonderful form of art and source of income for many people; and being an art, there is always the room for individualism and personal choice of perspective, creativity and exposure — these reasons and more have been why there are a whole lot of photography genres; from portraiture and wedding photography to streets and documentary.

The increase in popularity of this style of photography and the need for more creative and intuitive ways of making such photographs have given rise to the advent of drones.

Generally, a drone is an Unmanned Aerial Vehicle (UAV) which means it has the ability to fly without a pilot, and/or a helicopter or plane. UAVs are a component of an Unmanned Aircraft System (UAS); which include a UAV, a ground-based controller, and a system of communications between the two.

With this being the basic operating system of a drone, it is safe to say that photography drones allow individuals to capture photos that previously could only be taken from helicopters or planes, sometimes with a photographer on board.

The reason drones have become a household name in the photography industry among both photographers and cinematographers is because they are able to fly at much lower altitudes than planes and this allows them to capture low-level images that show neighboring areas in detail.

They can also be used in inclement weather, which makes it more likely that real estate professionals will invest in drone aerial photography services, and this is not only because they have good image quality and a good flight control system, but also because they come equipped with intelligent functions to support shooting.

Some drones, like the DJI Mavic Air 2 which is one of the best drones for budding aerial photographers and videographers has an automated obstacle avoidance AI system, a 4K camera, as well as being very easy to fly. Drones can track you automatically, which is very useful when filming fast paced scenes or tracking fast moving objects (which is very common in sports photography) fly along waypoints, take selfies with a gesture, and more.

Different photography drones have unique features and while their prices vary based on different features such as camera quality, flight distance, flight time etc. The type and quality of drone you can get will be directly proportional to the amount of money you can spend.

While some drones will barely exceed a flight range of one kilometre, some can go as far as 8 km; spending close to 45 minutes in the air and some will barely make it past ten minutes before giving the “battery low” signal.

Drones have made aerial photography a lot easier, more fun and added a lot of creativity to filmmaking and cinematography in recent years and it can o my get better as the years go by and companies such as DJI continue to improve on their drone technology.