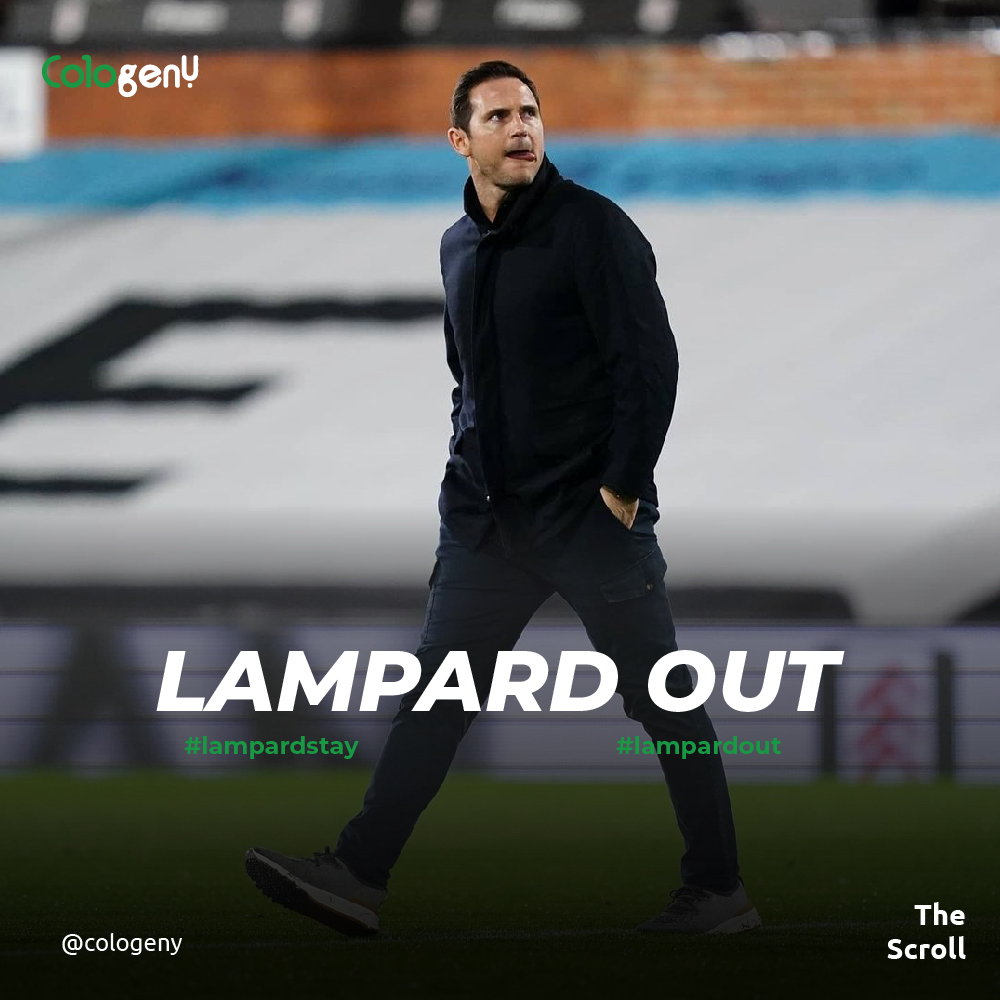 Monday saw some Chelsea fan rejoicing and others in a bad mood because the Club’s manager (a club Legend) got axed after the team’s poor performance after about 4 games run.
After about 18 months in the helms of affairs, the owner of the club Mr. Abramovich, decided to give Lampard a quit notice notwithstanding the close relationship he has with the club’s legend
Some are of the opinion that Lampard’s word against Andre Villas Boas (AVB) where he (Lampard) said ‘the size of the job was too big for former boss Andre Villas-Boas, hinting that it had come too early in his career, despite his success in Portugal at Porto.’ And it is also early in Lampard’s career with just 18 months in a top flight league after leaving Derby.
Even after finishing 4th on the table last season and still in the Champions League, Mr. Abramovich felt it the track achievements were below is standard, with that in view, Lampard wasn’t given a chance to come out from his nosediving performance.
Some reports have it that he had a lot of fall outs with the senior team members due to him giving the academy students more playing chances than them. Also, some of the backroom staff were having fall-outs with the manager as well. So, the manager had plenty of issues both on and off the football pitch. Reports also have it that most of the transfers made during were not Lampard’s target at all.
While some are of the school of thought that Mr. Abramovich used the axe really quick; they feel Lampard should have given more time to bring himself out of the mess he put himself into, and not have another person come do the cleanup for him. Citing that the players he bought were not accustomed to the playing style of the Premier League, as there is no cohesion between the new players and the existing players, with his players been prone to injury.
It is very likely Chelsea will have to pay Frank Lampard £2m in severance, reports the Telegraph’s Matt Law, who first broke the news about Lampard’s sack on Monday (many have been quick to convert that £2m to Naira). Anyways that is the amount he is likely to collect for being sacked by the team before the end of his tenure. Will one not become a Football Manager?
In addition to this, you can check this tweet by @CFCRole https://twitter.com/CFCRole/status/1353737411252121601?s=08 to get deeper insights on the reason for his sack.

BEING A COMMUNITY MANAGER: 5 IMPACTFUL LESSONS I LEARNT