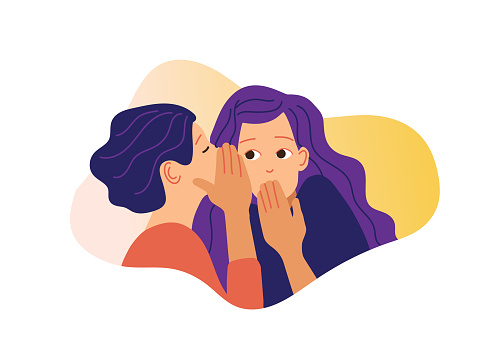 I don’t know why it seems like, most of the people surrounding me are truthful but lately, I’ve been having doubts in some people (you can’t trust everyone after all). As some of us do say, ‘this life no balance at all.’

Actually, I don’t like visiting people, except it’s very important and demanding, but on this particular day, I had to visit a close friend of mine (first contact since the lockdown started). So, on getting there, I met her mother and her siblings, and as a well trained African child, I knelt down to greet her mother, I also greeted her siblings, then her mother excused us and went out of the house (not because I was there though).

She was so surprised to see me because I didn’t give her a notice of my visit, but she felt great seeing me again. After exchanging pleasantries, we spoke about a lot of things (from our personal lives to education, to friendships and businesses). I got to know about how she has been thinking about suicide, after she lost some of the good things she acquired in life.

Sometimes, when a friend tells you he/she is okay, they really don’t mean what they are saying. So, you need to pray for all your friends and relatives daily.

What more can be so painful than these? She was a victim of rape; lost her father to ill health, had to leave her family’s house because of the increase in the house rent, and had to be living poorly (all these happened within 6 months). So, she had no other choice than to bear the burden because she’s the first child, she started working as a sales girl and got paid at the month’s end (a stipend though).

Then, her relationship collapsed because her boyfriend couldn’t carry bear the burden anymore, but one ‘cho-cho-cho’ girl told me a different story about the breakup. You should believe me when I say, some human beings are wicked and saucy. This particular girl told me that, their relationship ended because the girl was caught, in a man’s hotel room having sex with him, and she even told me, that it was her boyfriend that caught them, (was she thinking I wouldn’t make enquires?)

One thing I love most is questioning people, (especially when I’m hearing different sides of the story). So, after hearing two sides of the story, I called her ex-boyfriend and listened to his own story, (surprisingly, he told me the truth, which was the same thing with my friend’s story). I didn’t wait to get home before I called him, it was right in the presence of my friend.

After listening to the whole story, I had to calm her mind and I told her that, sometimes when running a race, you might fall but you just have to keep going. You don’t have to remain down by accepting defeat. You’ve got to KEEP GOING! We couldn’t speak further anymore because I had to go back home, so we just prayed and laughed over some things as I left.

Human beings! Human beings! Ahn ahn, why don’t you think of what the consequences of your actions will be before taking them? Will you listen to such a story and not feel sober? Let’s not believe everything we are being told, until we make detailed enquires.

Welcome to the New Year

LESSONS FROM THE CHAMPIONS

WHEN PUSH COMES TO SHOVE