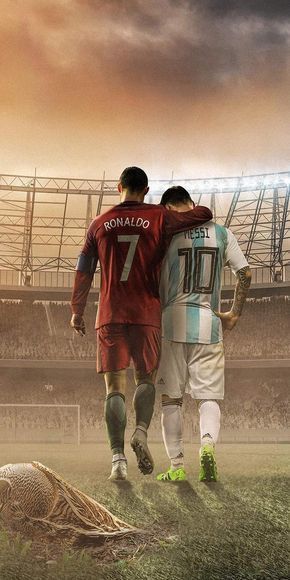 Over the past decade, only two names have dominated football, Cristiano Ronaldo and Lionel Messi. Gone are the days when we were not sure, whether the nominees of the top football awards in a particular year, would be nominated again the next year but with those two “anomalies”, it became different as we always expect to see their names on top of the list, whenever the top awards are being announced.

Now, with Ronaldo (35) and Messi (33), we are beginning to see the end of an era. Also, with the likes of Neymar and Eden Hazard already nearing the dreaded 30, we may have to look down the age ladder to look for our next superstars that will carry the torch when the two G.O.A.T.s retire.

Here are three young footballers that can go on to be the best in the world.

Son of former Leeds United and Manchester City defender, Alf Inge Haaland, this 20 year old is taking the world by storm. First became widely popular after scoring 9 goals in a match at the FIFA U-20 World Cup in 2019. The 2019/2020 season was the season when the whole world became believers of his talent, scored 8 goals during the group stages of the UEFA Champions League for RB Salzburg, before completing a move to Borussia Dortmund in January 2020. No one can ever forget his debut for the Black and Yellow as he scored a hattrick within 23 minutes of coming in as a substitute. He ended the season with 13 Bundesliga goals in 15 games, the second best ratio of any striker that has at least 10 goals. Fast, tall, strong with a powerful shot, the whole world is waiting to see Haaland nominated for football’s top honours someday.

Another 20 year old that currently plays for Borussia Dortmund, Sancho is one of the most valuable players in the world right now. Born and raised in England, the winger moved to Dortmund in 2017 from Manchester City over a lack of playing time and was immediately promoted to the senior team. He has since then enjoyed an upward trajectory in his career and Manchester United may have to pay £120m to buy him this summer. The special thing about Sancho is that he assists goals as much as he scores them as he has ended the last two seasons with at least 15 goals and 15 assists. That is one asset that can take him to the very top of the game.

Already a superstar in his own right, Mbappe is already a household name. Broke through the youth ranks at AS Monaco before becoming the world’s second most expensive player after moving to Paris Saint Germain for €180m in 2017. It has since been success over success for the forward who started as France won the World Cup in 2018 and has been the highest goalscorer in the French Ligue 1 for the past two seasons. Just aged 21 and already the seventh highest goalscorer in PSG’s history, it shouldn’t be so long before Ballon d’Or winner is added to his CV.

Who do you tip to become the next G.O.A.T?

FIVE PREMIER LEAGUE MATCHES TO LOOK FORWARD TO THIS MONTH