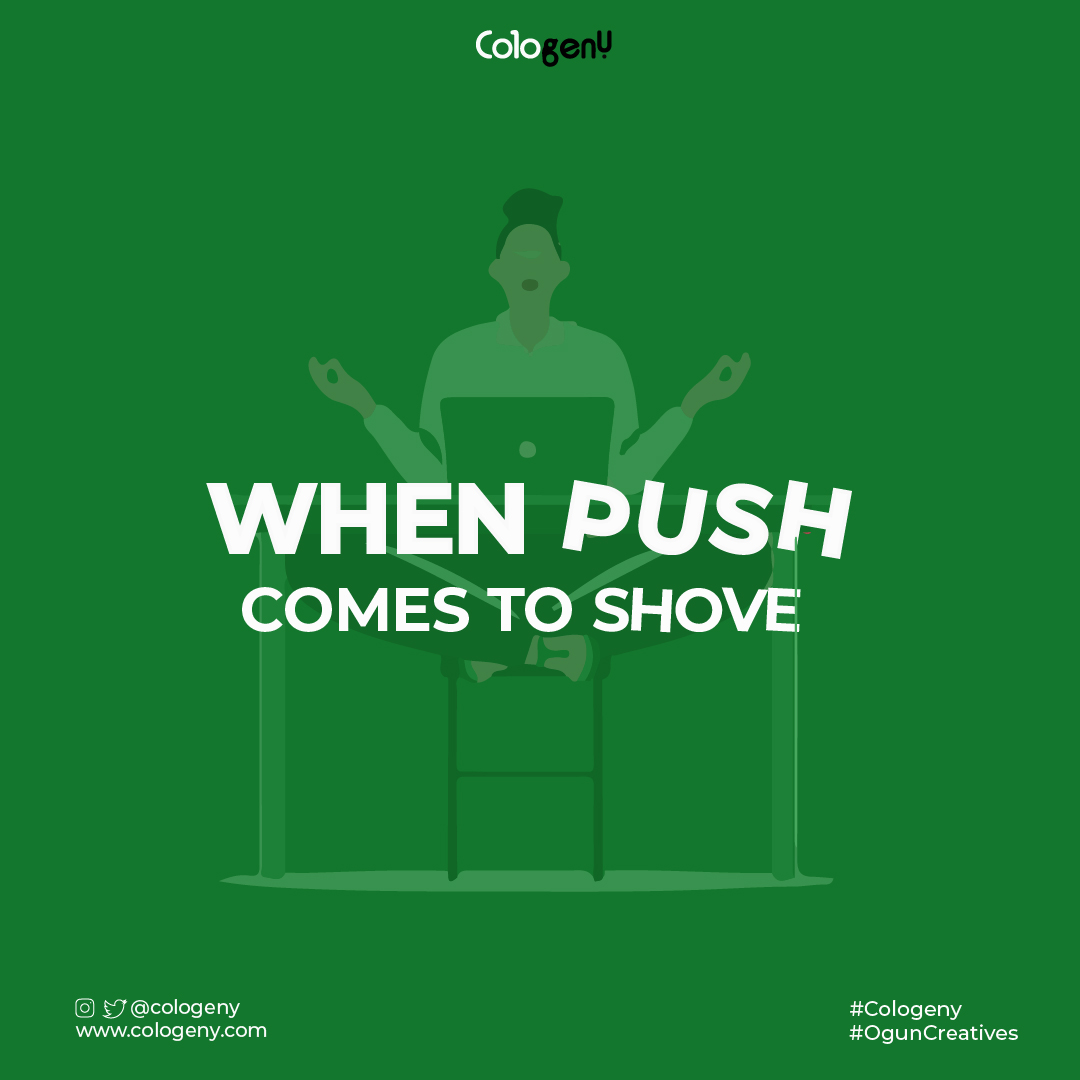 It was a sunny afternoon and Nkechi wasn’t going to allow the sun to shade her this time. She was going through the transition light-skinned ladies face, after spending months under the scorching sun of the ancient city of Abeokuta. Today, she decided she wasn’t going to have a taste of it.

After a long night of creating graphics, and waking to work on COLOGENY’S new month design, she had just finished designing it, when she received a call from Oni, he rewrote the content for the design and called to notify her of the change. It wasn’t the first time this was going to happen, so she decided she wasn’t going to make any last minute correction. Oni tried to persuade her, then threatened to inform Naima but she was adamant.

Not long after the call ended, her Mom called her to check on her but that wasn’t all. After a brief moment of silence, her Mom said “Nwa m nwanyị, kedu mgbe I ga-eme ka nwoke bata n’ulo” – Nkechi wanted to rant but she didn’t want to transfer any aggression to her Mom, her Mom had turned this question to an anthem and she was already tired of it. In a bid to control her anger, she told her Mom to be patient, then she found a way to end the call quickly by claiming she had work to do.

She decided she needed to take her mind off all these, she was about to resume her online course on motion graphics; when her MTN internet connectivity just became poor. She placed her phone to airplane mode and back but there was no improvement. Then, she heard a knock on her door. It was her friend, Ololade, who had come to visit.

Their time together was a mixture of insight and fun; they talked about goals and setting targets, how to handle pressure and live through it, how to manage time and handle money, the guys that crashed out of their DMs on social media, and other random things. Then, they both took several turns to try out the #bussitchallenge and #silhouettechallenge but they didn’t post any of the videos. Nkechi laughed so hard and forgot all that troubled her.

She decided she was going to approach life differently, and take appropriate breaks for her mental health. She realised that having a friend who was insightful yet playful helped her through the day. So, are you an Nkechi who is just getting informed or an Ololade who is a great friend to have?

Plans for the Year

THAT FRIEND OF YOURS CAN MAKE YOU LOSE ANOTHER FRIEND