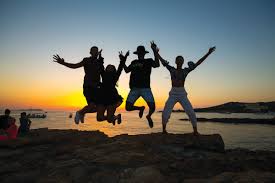 When you are about to travel, kindly hold some extra cash. If you think it’s not necessary, then you need to learn from my experience.

The day started very bright and the weather was set up to be what people call the perfect weather. As a sure boy, I decided to chill at fun factory at Ikorodu and I boarded a car from Abeokuta going to Ikorodu, Lagos State.

The trip was so peaceful and smooth till a nut popped from the front passenger wheel. The driver brought the car under control and he patched up the fault, as he hoped the car will get to Sagamu (Ogun State), where a good mechanic could rectify the problem.

And the wonderful work of nature showed up. The bright perfect weather became very dark and it was clear that heavy downpour was imminent. As the rain poured, the driver forced his way through the body of water on the road.

You’re right if you predicted that the car broke down. But you can’t have know what went happened next. As the car broke down, a trailer missed the car by few inches as it moved past the dead vehicle with speed. It became clear at this point that we had escaped death and we had to get out of the car.

As soon as I got down from the car, getting a good portion of my money became my priority and that sweet English speaking scholar became an MC Oluomo apprentice. With torn clothes drenched in torrential rainfall, I moved to the Sagamu park. The last bus going to Ikorodu decided not to go because the work of nature had turned some portions of the road into a river. The only option was to go to Ijebu Ode, still Ogun State. And so, I moved to Ijebu Ode from Sagamu yet again.

At Ijebu Ode, there were vehicles but the price was triple the normal amount as they argued that the road was damaged and the rain didn’t help matters. As a sure boy with plenty flex money, I decided to get on board.

O my God. The rain did the most. I had to alight at many spots as the car risked being submerged in flood at some points. And the traffic on what I know to be an express road was unbelievable.

Now, assuming you left Abeokuta by 11.35am, at what time do you think I’ll get to Lagos?.

Well, my trip lasted for 9 hours. It was gruesome and tiring. Imagine a sure boy looking like a beggar. My extra cash came to my rescue and it helped me get out of the difficult situation at the time. You can’t be too careful. You need to prepare for eventualities when you travel.

They happen but when they do, hope you will be well prepared?

BEING A COMMUNITY MANAGER: 5 IMPACTFUL LESSONS I LEARNT

10 LOCATIONS FOR CREATIVES TO RELAX/WORK

6 THINGS YOU NEED TO KNOW ABOUT BRAND MARKETING